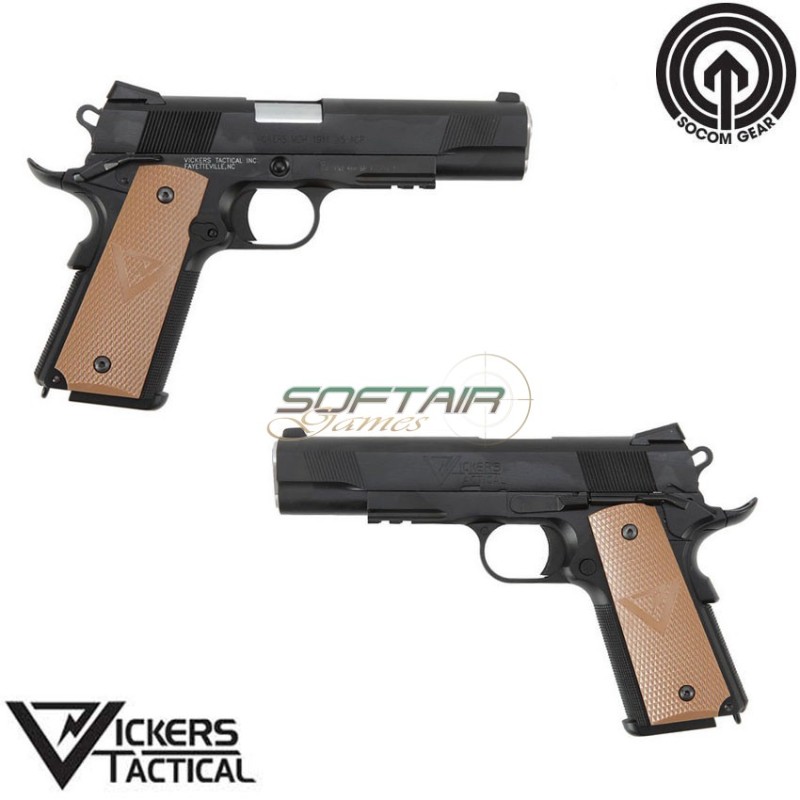 The Socom Gear Vickers MOH 1911 is designed after legendary pistolsmith Larry Vickers.
He has a decorated military past. Larry has spent over 20 years in the US Army with Special Operations.
He spent the last 15 years in 1st Special Forces Operational Detachment – Delta, commonly referred to as Delta Force. He’s a former member of American Pistolsmiths Guild and was once named “Most sought after 1911 Pistolsmith” by Handgunner magazine.
These reasons are why Socom Gear is proud to produce the Vickers MOH 1911.
It has a full metal slide and frame, deep engravings of fully licensed “Vickers Tactical” and engraved Vickers tactical logo on the pistol grips.
It has a shortened rail section and pistol lanyard loop. It shoots hard and gives a great realistic blow back kick!
The Vickers MOH 1911 is something airsoft and video game fans are going to love! 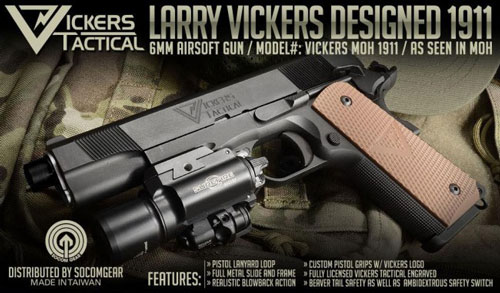