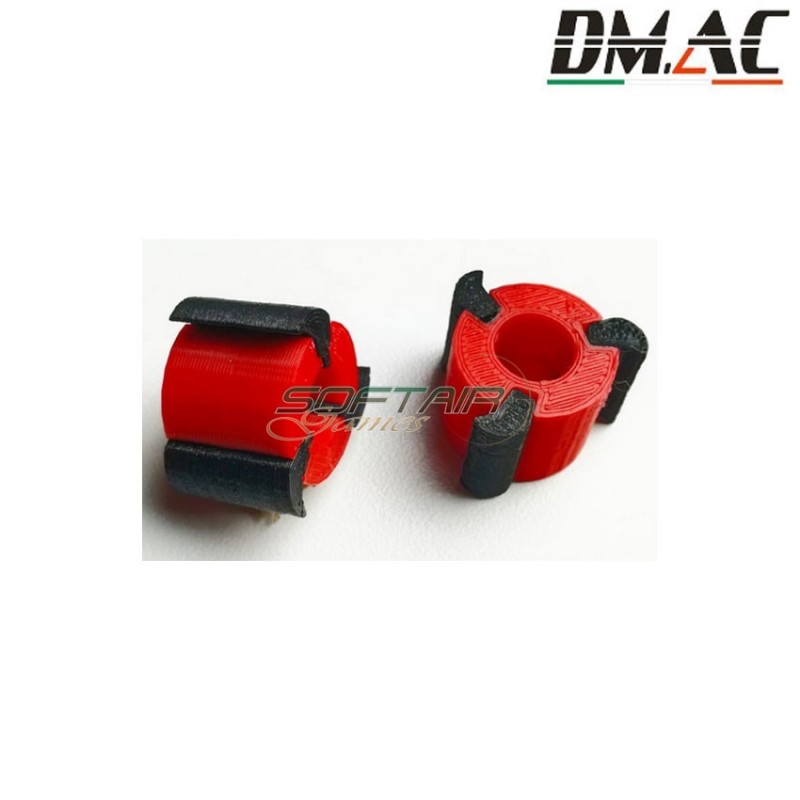 Barrel Spacer self centering with stabilizer works for VSR-10.

Designed and produced with 3D technology using an advanced formula of PLA filaments (made with laser cutting, and with a hardness 10 times higher than the standard) and rubber filaments with excellent elastic properties.

The central body houses inside the three rubber wings that form a 3-axis system able to center the inner barrel inside which, thanks to the rubber's consistency, adapts itself to the various diameters on the market at the same time with wings of different lengths, once installed, they adapt to the different internal diameters of the VSR-10 outer barrel, blocking the barrel in a perfectly centered position, eliminating misalignment problems, guaranteeing greater damping of vibrations during the firing phase.

In the VSR-10 variant the barrell spacer is composed of two pieces of different diameters, the one with the largest diameter should be placed immediately after the hop up group, while the one with the smaller diameter near the sprint. In the reassembly phase, once the Inner barrel has been inserted inside the outer spacer, the spacers will automatically position themselves in the optimal position.