GENERAL CHARACTERISTICS:
Body, handguard, handle and motor grip made of polymer fiber reinforced with glass fiber.
Outer barrel and flash hider made of metal.
Pins, shutter flap and fire selector made of steel.
Each replica has a unique SERIAL number marked on the body.
The replica is solid and has no play between the lower and upper receiver.
Using a polymer body has reduced weight, making it perfect for dynamic or long-range games.
In addition, fiberglass reinforcement makes the body more resistant to polymeric and metal bodies.
Replica is fully compatible with LiPo and LiFe batteries.
The replica was equipped with a 20mm RIS guide for optics / dot.
The barrel has a 14mm (CCW) left thread to allow the insertion of any silencers.
On the RIS guide there is a transport handle with integrated sight mark. 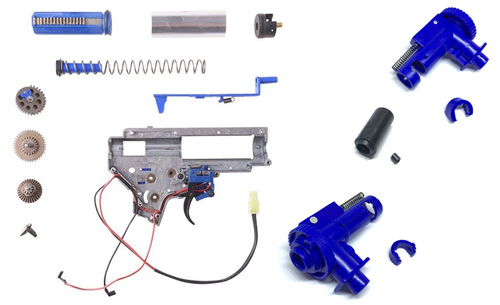